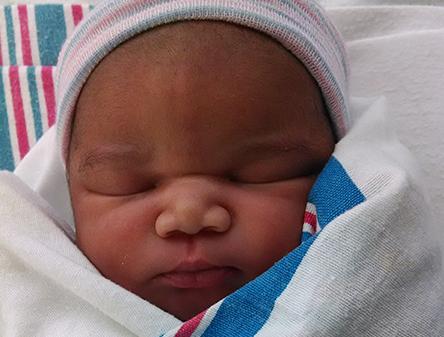 “I fell in love with the couple that I picked the first time I met them.”

When I found out I was pregnant it was at a rough time in my life and I wasn't sure how I would handle it. I looked into my different options and decided that adoption was my best choice. I found an adoption agency on Facebook and went to their website to look at different families. I read though so many family's stories and looked at so many pictures. It was overwhelming at first and it took a while for me to find a family. I was looking for a family that did not have any other children, and who was not gender or race specific.

Although I was very afraid, I contacted a family and waited for a response. When I got an email I had all kinds of emotions...afraid nervous happy excited. My adoption coordinator stayed in touch with me almost weekly and asked if I needed anything and told me about different support groups. I fell in love with the couple that I picked the first time I met them. They were so different and quirky and smart I knew that the little bundle I was carrying would have an amazing life with them. We would talk almost on a daily basis and they would make the four-hour round trip to come to the appointments.

And finally it was time! It was hard for me to see him and I opted that he stay in the NICU rather than be in the room with me. My biggest fear was that I would be attached to this little guy and I would decide to keep him and break this couple’s heart. We had to sign the adoption paperwork the day after I was released from the hospital and it was the most emotional experience I have ever been through. We met at Starbucks with the lawyer and the adoptive couple and I could tell they were very nervous that I wouldn't sign or back out last minute.

After all the paperwork was done it was very emotional. They started crying and I realized that I had given them something that they've been trying to have themselves for a long time. And that was priceless. That was November 2015 and he is about to turn seven months old. We decided on a semi-open adoption. I talk to them at least once a month and they send me pictures of that handsome little guy. I get emotional at times, which I think is definitely normal, but I know that his parents love him to pieces and that is so comforting. I cannot stress how important it is to make sure you pick the right family. Knowing how well he is being taken care of and loved and cherished puts me at ease every time I think of him.

* Birthmother has chosen to remain anonymous.